Wanting to boost your chances of passing? Struggling at your current driving centre? Then check out these centres which have the highest pass rates! Now, these test centres may be a little out of your reach, but it's fun to imagine! 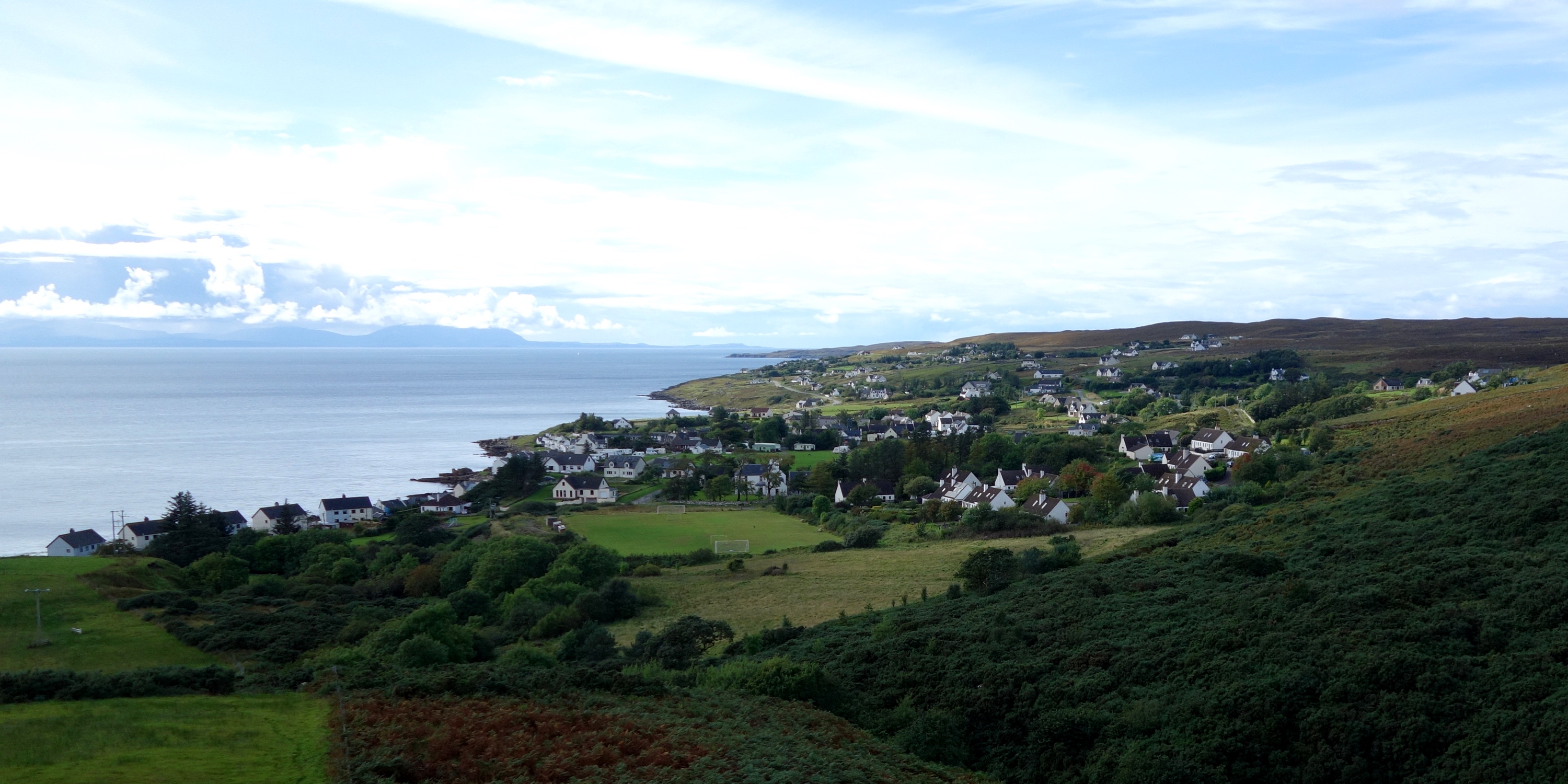 Coming in with the highest percentage of 86.5% pass rate is the Gairloch test centre. Located in the North-West Highlands with a whopping population of 740 (2011 Census), Gairloch offers a local golf course, chippy, beaches and nearby mountains. So, if your desire to get a driving licence takes you all the way to Gairloch make sure you try some of the local activities!

With the second highest pass rate is Mallaig, a fishing port on the west coast of Scotland. Mallaig can be reached easily by train and in-fact the West Highland Line in which Mallaig is on, was voted as the greatest rail journey in the world in 2009 by the travel magazine Wanderlust. So not only can you easily get your licence form Mallaig, but the journey there is one the best in the world!

The Isle of Tiree can be found as the most westerly island of the Inner Hebrides. While travel there can be difficult, it will be worth-while as there is the Isle of Tiree festival from the 12th of July to the 14th. So maybe try and hit two birds with one stone and go during July. Though, as you have a driving test you won’t be able to drink during the festival.

Located in Argyll and Bute, Inveraray has a lot to offer. If you’re a history buff as-well as a prospecting driver then check out Inveraray Castle. It is the ancestral home of the Duke of Argyll (Chief of the Campbell Clan) and is an iconic Scottish attraction.

Like the Isle of Tiree, getting to the Isle of Mull is also unconventional, with travel by Ferry being the most direct route. However, your troubles are rewarded by what Mull can offer. Remember Balamory? Well check out the real-life version, Tobermory. Used as the prominent shooting location of the show, Tobermory boasts a charming atmosphere and can give you a nostalgic dose from your childhood. That’s also just one of the various attractions the Isle of Mull offers. So, stop mulling over it and try the Isle of Mull as your driving test location.

Is hill walking a hobby of yours? Or something you would like to try? Then Pitlochry is the test centre for you. Boasting mountains such as Ben Vrackie and Schiehallion, Pitlochry is a must go for any hill walker. Pitlochry is also the most accessible test centre so far, located not too far from Perth.

This may come as a surprise to you but Lochgilphead is also located in the Highlands of Scotland. If you choose Lochgilphead and are feeling stressed after your test or maybe carrying some guilt from contributing to the world’s pollution, well then get back to nature and visit the Moine Mhor National Nature Reserve. Being one of Scotland’s oldest landscapes, you can find 5,000 years of history here.

Islay Island can be found on the " Whisky Coast" and is the location for nine whisky distilleries. If Whisky is your drink of choice, then choose Islay Island as your test centre and go on tours of the various distilleries in your free time. Just remember not to sample any bottles if your going to be driving.

Ullapool is essentially a giant nature reserve with a small town in it. Activities offered are what you would normally associate with a Nature reserve such as hillwalking, animal spotting, cycling and so on. If that’s appealing to you then try Ullapool’s driving centre.

If you couldn’t tell by the name, Llandrindod Wells is in Wales. If you’re looking for things to do in Llandrindod Wells apart from passing your driving test, they do have The National Cycle Museum. Want to look back smugly on how you and others used to travel before they learned to drive? Then give it ago.

Like Food? Then Crieff is the test centre for you. Crieff has a litany of highly rated restaurants and cafes. So, if you want to unwind and relax after your test then Crieff is the place to go.

In Cambeltown you can find a Museum and Heritage centre, which has prehistoric items of Cambeltown’s past such as combs, axes and jewellery. Nowhere else on this list can you find out what prehistoric people’s combs looked like. If that isn’t enough to convince you to go to Campbelltown’s test centre, then I don’t know what will.

Ballater is at the eastern gateway of the famous Cairngorm National Park. After your test you could cool off and go skiing up in the heights of the Cairngorm Mountain.

How determined are you to get your driving licence? Prove your dedication and go 123 miles from the north coast of Scotland to Lerwick. Aside from it’s very passable test centre, Lerwick is the most northerly and easterly town in Scotland and has a rich connection to old Norse culture.

The final test centre of the list is the one of Duns. Located near the Scottish borders, Duns is easiest test centre to reach for those in the north of England and southern Scotland. If travelling to the Scottish Highlands is too far for you, then Duns still has a very high pass rate and is a lovely town to visit.

There it is! 15 of the easiest test centres in the U.K. If you're feeling bold, you can pick one that suits you and sit your test there! Best of luck!